For all you ravenites out there, the saga continues.

In July, our family and Kerry’s were going to be gone for much of the month.  Never and More had joined up with the adolescents from the other family groups and were spending most of their time out in the desert.

Kerry did an exemplary job meeting them in the desert, feeding them dead lizards, letting them fly off with their new found friends and capturing shots of their flying prowess. 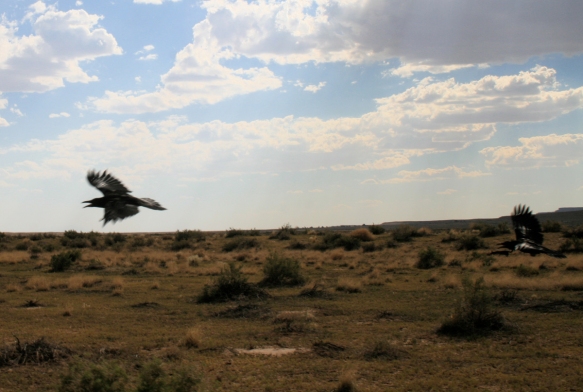 Pretty much every day, though, they would come home and hang in the shade of porch or visit with Poe who was still hobbled by his broken wing.

Never and More descend for a visit © Kerry Hardy

With each day, however, Poe seemed to be struggling.  It was tough with the heat, his appetite curbed, and with his siblings gone, he became less and less active.  Kerry and I agreed that with all of us gone, Poe’s chances of surviving the month were scant.

Resigned, we agreed that Kerry would took Poe down to Flagstaff and place him with a “wildlife rehabilitator.”  Which he did.  And all seemed good.  Poe settled in with the elderly woman.  And we were told that if he didn’t recover his flight, he could move to Bearizona, a wildlife sanctuary near Williams.  There he would be used as a “teaching tool.”  The ravens there were quite smart, we were told.  If they were handed a dollar bill, they would drop it in a piggy bank.  And if they were handed a plastic frog, they knew to put it in some water.

The thought broke my heart. 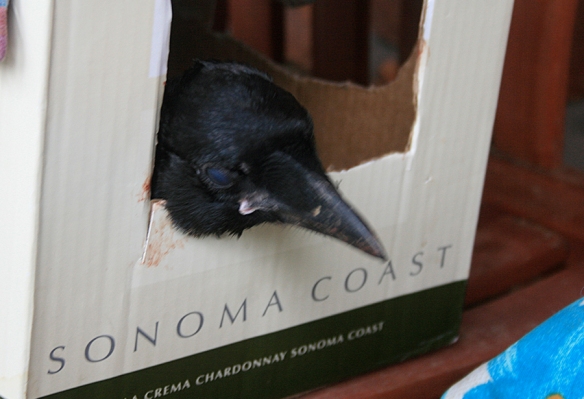