It was one of my first shows (Irvine Amphitheatre, Bill Graham Presents), and the parking lot was emptying out some time past midnight.  I was not yet finished high school, just turned 18, largely alone in this world, with a world of mine to make.  The long lines of cars idled out of the parking lot and the choice was to turn north toward the next show at the Warfield or to turn south toward home. The choice was ours to make. And that night as in so many, many nights, a whole lot of us, like moths alit turned north toward a strange magnetic pole.

A half century.  If you’re lucky, half a lifetime.  And for a few, the loved and unfortunate and much missed, a lifetime in full.

For those who were not in Levi Stadium Saturday night, let it be known:

It was not just the end to end rainbow that embraced the stadium at sunset at the end of the first Set, the Rainbow Flag flying true and proud adjacent Old Glory on the very heels of our Supreme Court ruling.

And it was not just the resonance between the Pepsi logo, Owsley’s iconic Steal Your Face, and (why not, for good measure?) the signature medaliion of the Obama For America campaign.

Nor was it the growing recognition that the 20 years of relative silence were perhaps needed for the band to arrive at this place of cohesion and solid footing.  Loss and time steep and forge as yet we bear.

We came knowing it wouldn’t be the Dead.  But we didn’t quite expect that the spirit of the Dead after all these years could be rendered so full and incarnate.

And it wasn’t just the ever withering sadness of Scalia’s vexing dissent, cajoling the nation to “ask the nearest hippie.”  As if even he privately recognized that his day was near done.  The jig was up. The hippie was asked. And the Hippie has spoken. The challenge was to imagine a new world.  And that world in all of it’s problematic glory, presents itself as manna and bread  as we fumble toward a truth still as yet emergent.

And it wasn’t that in that powerful metamorphosis from caterpillar to butterfly, that the butterfly is rendered into complete and inchoate goo, just a wash of cells stripped of all being save pure animus,and yet (get this…) despite it all, memory and learning become instantiated and can in fact transit death and resurrection.

And it wasn’t just that for a stunning 30 minutes we were immersed in Mickey Hart’s Brain on Music (which is to say a brain on fire), but that Mickey unveiled the product of a lifetime of work, a magnum opus of four, no count at least five, dimensions of unparalleled sound, a soundscape so lush, so rich, so uncompressed and encompassing that it resonated in unheard of ways within every cell of the body.

And it wasn’t just for the ones who were missed.  For that sweet and enduringly sad voice that we felt to be all heart.

And for Bill who for all of his failings and strange and tremendous and fantastical life, could provide the control necessary for controlled chaos.  I’d like to imagine that under his guidance, ticket sales would not have devolved into the cluster that they became. And, like, the color coded lots, might actually have had colors. Or even that there probably should have been a real parking lot. 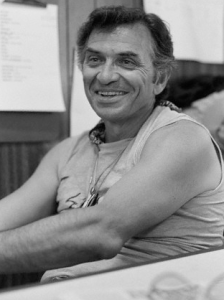 It was really, I guess, that it actually felt important.  Important in the way that the idea of America is important.

Important because if in one way or another we’re casualties of this world, then it reminds us that through the company and communion with one another it can get better.

We are, after all, an imperfect union.  We must, and we will, strive to make it better.

It was important because somewhere and for always there should persist a place (in this world and of the mind), that allows in fits and starts for the expansion of liberty, perhaps one day a liberty so broad that it can encompass all, independent of color or gender or species.  And that there should be a place premised on the very idea that there is and always will be something glorious beyond the horizon.