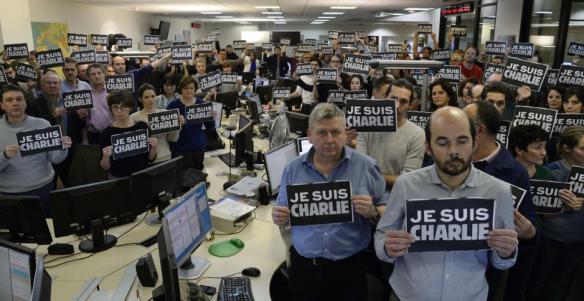 Around the world we see the placards “Je Suis Charlie”.

Consider it a first step in honoring the larger community of victims in this week’s tragedy. But do these events demand an even more encompassing empathy?

The two initial perpetrators Cherif and Said Kouachi have been described as radical islamists. And yet clerics have also come out against the two assassins, condemning their acts as contrary to Islam.

In the case of the Kouachi brothers, another fact stands out.

Abandoned by their parents at an early age, they grew up as orphans in foster care.

And as with so many orphaned children, it may not be so much that they hated, but that they never learned to love.

Foster children and those raised without parents often exhibit a complex set of behaviors. They harbor distrust and disassociation from a world that has abandoned them. With little connection to a larger community, they are sometimes drawn toward criminal activity and the margins of society. The most severely orphaned lack emotional connection and empathy. In the case of the Kouachi’s adrift on the boundaries of Parisian society, they grew into petty criminals and became the perfect target for jihadists. The abandoned are often left to replicate the wound which may never be healed. Wanting for a higher purpose, they only needed to be activated.

Extremism may be a crisis of the heart. In this way perhaps Descarte derailed us. It may not be so accurate to say “Je pense, donc je suis” – I think, therefore I am. More fitting, perhaps, “I feel, therefore I am.”

It’s easy to categorize some men as monsters. But to what extent are we all complicit even in the smallest way in creating the conditions that breed horror? And when will we be ready to assume the even greater burden? Not just of “Je suis” – I am – but of “Nous Sommes”. 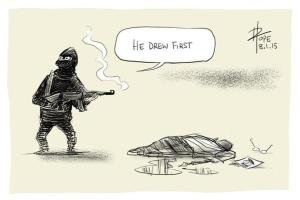