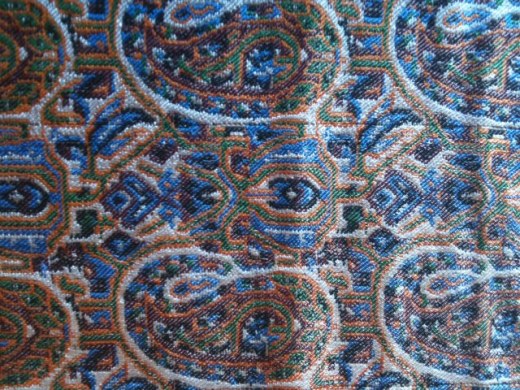 Staci adds the table extensions and dresses the table with a paisley cloth.  Paisley.  How strange.  Where does it come from?

The answer is found in the densely woven tapestry hanging in the dining alcove.  The table cloth is only a slightly more abstracted version of the other. 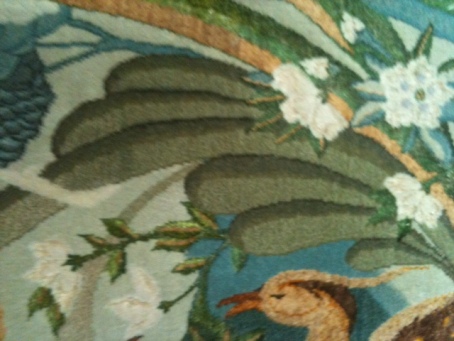 Although the word comes from the village in Scotland, the boteh jegheh design itself originated in Persia.  It’s a Zoroastrian symbol for the eternal and infinite as it gives expression in life.  The abstracted floral pattern decorated royal regalia and became associated with richness and opulence during the Qajar and Pahlavi Dynasties.

The boteh design eventually spread throughout Asia and eventually made it’s way to the Scottish town of Paisley by way of the East India Trading Company.  From there, the chattering looms of satan’s mills brought the design to the masses of Victorian England, and eventually Victorian San Francisco.

But if you look long enough, it might be that the boteh contains in it’s complexities the very essence of that great idea spaketh by Zarusthra.  Of the power of right thought and right word.  Of the need to keep the chaos at bay.  Of the power eminent in flame and the twisting currents of water.