Walpi Housing is all in transition.

Kerry and Kristina are moving out next month as are we.  We have a bunch of folks over for dinner and most everybody, including Hopi, are heading out in the coming weeks.

A particular era is over.

But where will this leave Poe?  It’s clear he’s not coming back here.  Without mending and stewardship in the near term, he would be finished.  Kerry and I contemplate taking him to Bernd Heinrich in Maine, but we don’t know if he still has his aviary.

And Poe deserves…he deserves what?

At the very least to live large.

He’s not a beast. And I wouldn’t denigrate him with the word animal.  He’s a being.  On par with human beings.  And every effort needs to be made to make him whole and restore him to raven-ness, whenever, and wherever that may be.

One morning I make an announcement.  We’re taking Poe, I say.

Mazie wants to know how.

We’ve already been read the riot act by the rehabilitation community.  He’s a protected species.  It’s illegal for people to own them or have them in their possession.  It’s illegal to transport them across state lines without a permit. And as I’ve been reminded, I haven’t been trained in rehabilitation.

Thank god.  If I was trained in anything, it would keep me from doing half the things I do. 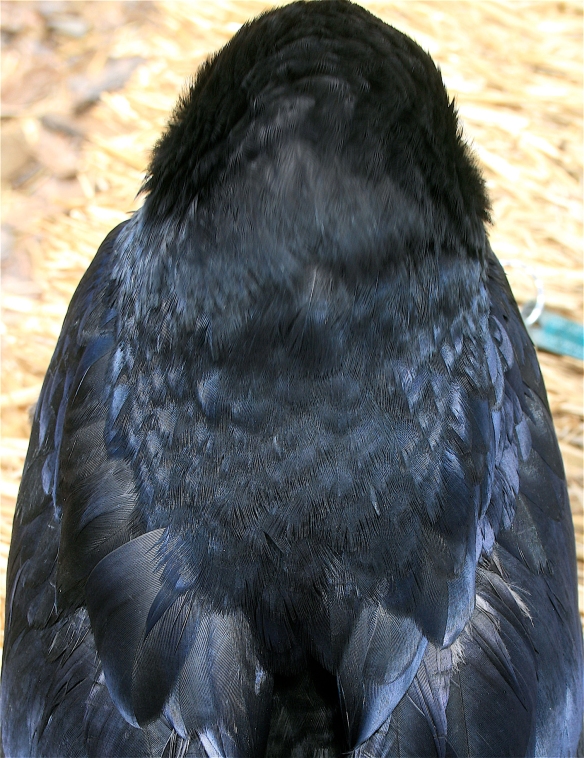